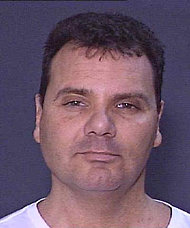 John A. Mattera was arrested in Fort Lauderdale on Thursday.

Fraud knows no age, race or creed. This week’s story comes from the Fraud Dog’s own home town, Fort Lauderdale, Florida. John A. Matters, 50, was a Fort Lauderdale businessman who was arrested last Thursday on $11 million worth of fraud charges, according to the Sun-Sentinel.

Mattera convinced investors that he owned lucrative shares of privately held companies like Facebook, raking in the money through his hedge fund, Praetorian Global Fund. Federal prosecutors in New York report that the unscrupulous businessman preyed on clients’ hope that they could capitalize on the next big company to go public. “Mattera told elaborate lies about stock he did not own and about how he would keep investors’ money safe in escrow accounts,” said Manhattan U.S. Attorney Preet Bharara. “Instead, Mattera took the investors’ money to fund his own extravagant lifestyle.” Federal authorities claim that Mattera spent at least $3.8 million of investors’ money on personal expenses, including an $825,000 worth of luxury vehicles, $330,000 on jewelry and $245,000 on home furnishings and interior design décor.

Mattera also joined the board of the American Red Cross, Broward County Chapter, only to be removed by Red Cross spokeswoman Sofia Santana following the discovery of the fraud allegations. The IRS picked Mattera up at his Fort Lauderdale residence Thursday morning, and he now sits behind bars awaiting possible extradition to New York. He is charged with conspiracy to commit fraud, securities fraud, wire fraud and money laundering, and some of the charges can carry up to 20 years in prison.